The first design package (Schematic Design, February 2020) took a master plan approach, identifying a wide range of repair, restoration, and enhancement projects to address the park’s needs—including some ambitious and transformative proposals. With input from the public, the Project Advisory Committee, and the Seattle Design Commission, we have established the following priorities that we aim to accomplish within the $6 million construction budget: 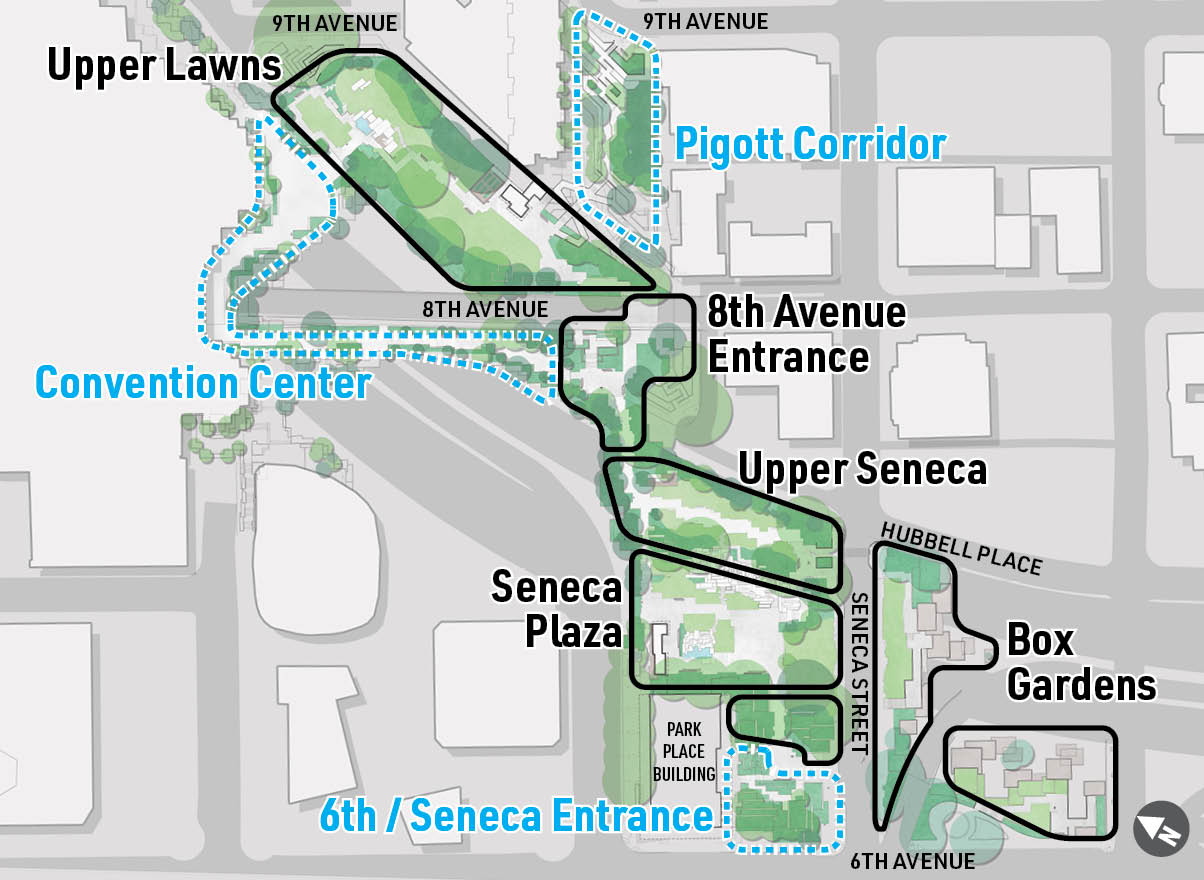 A map of park areas. Improvements will be prioritized on Seattle Parks & Recreation property, which is shown in black. Areas identified in blue are owned by others and will have more limited improvements. 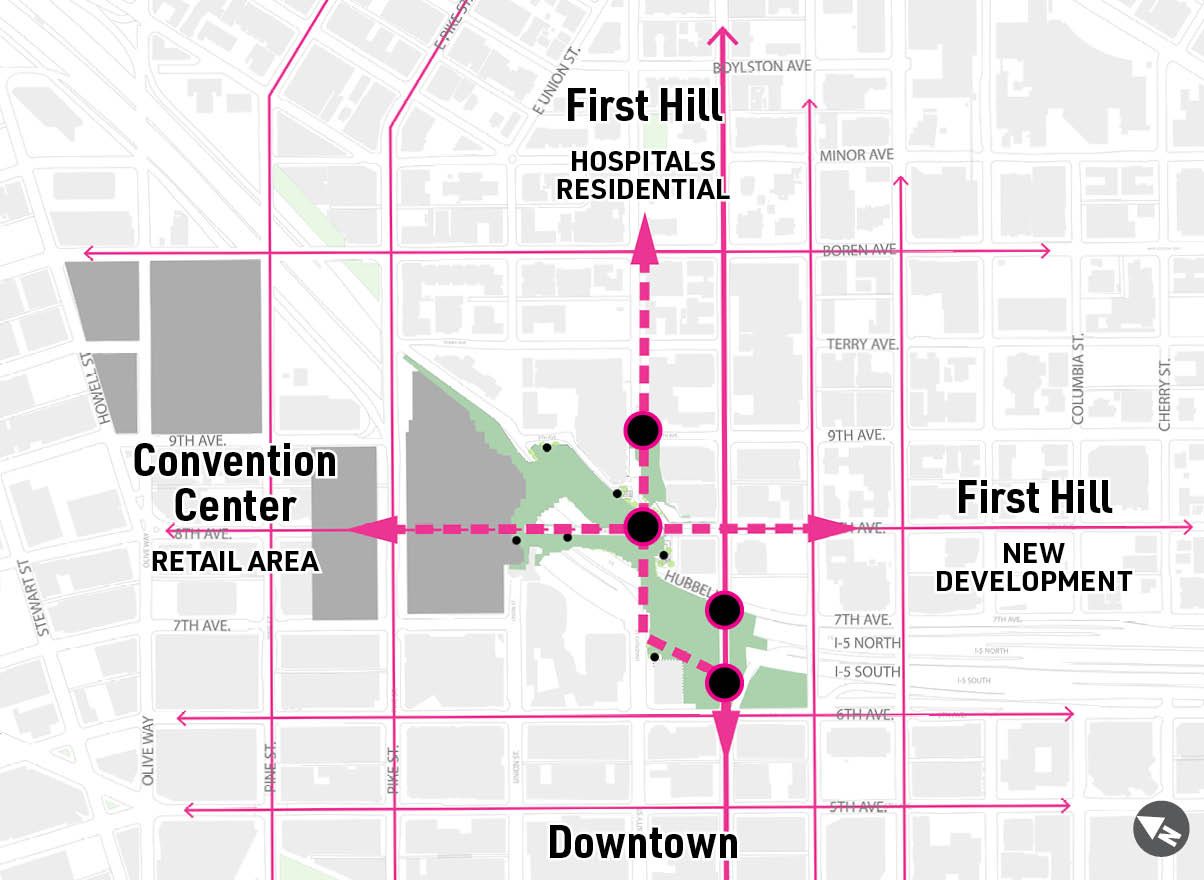 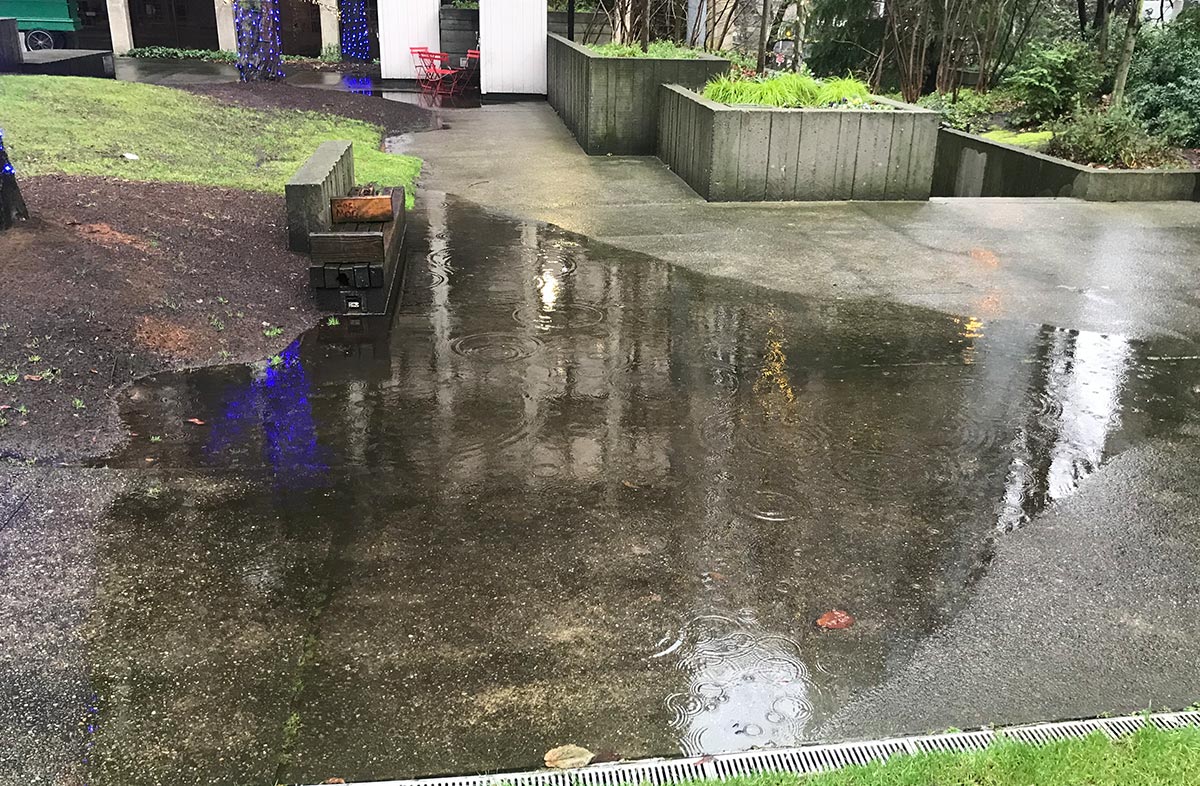 Flooding due to aging drainage and irrigation. 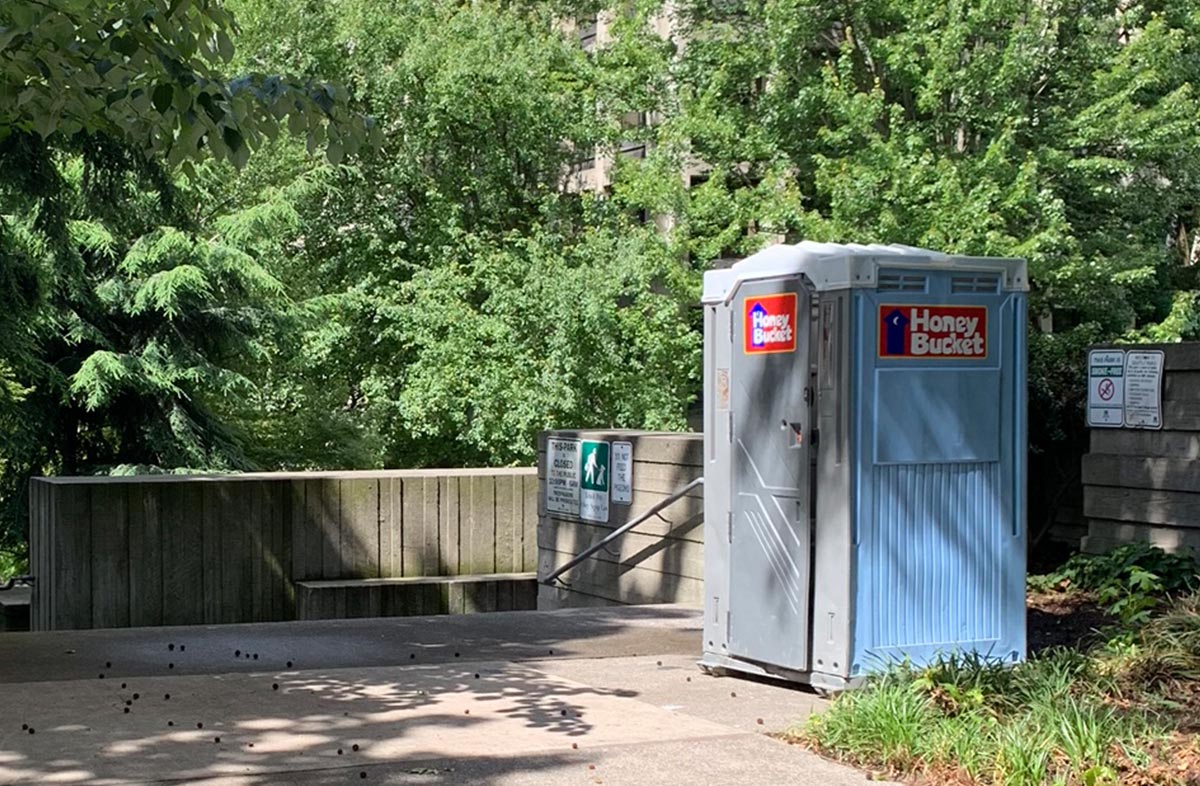 Temporary toilets are unappealing and unsustainable. 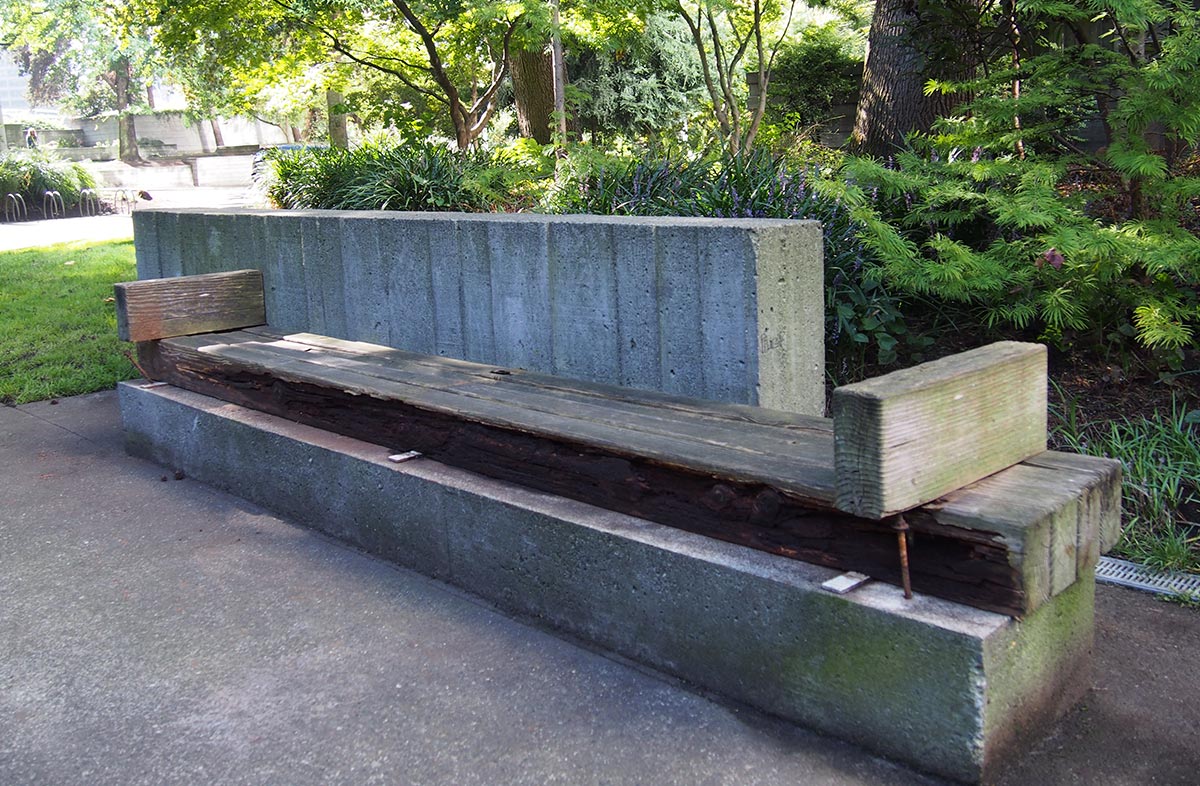